Learn How to Make Sushi Rice the Right Way at Home

Master the art of making sushi rice, the easy way. This recipe for perfect sushi rice can be used as a side, to make sushi or bowls, and more. 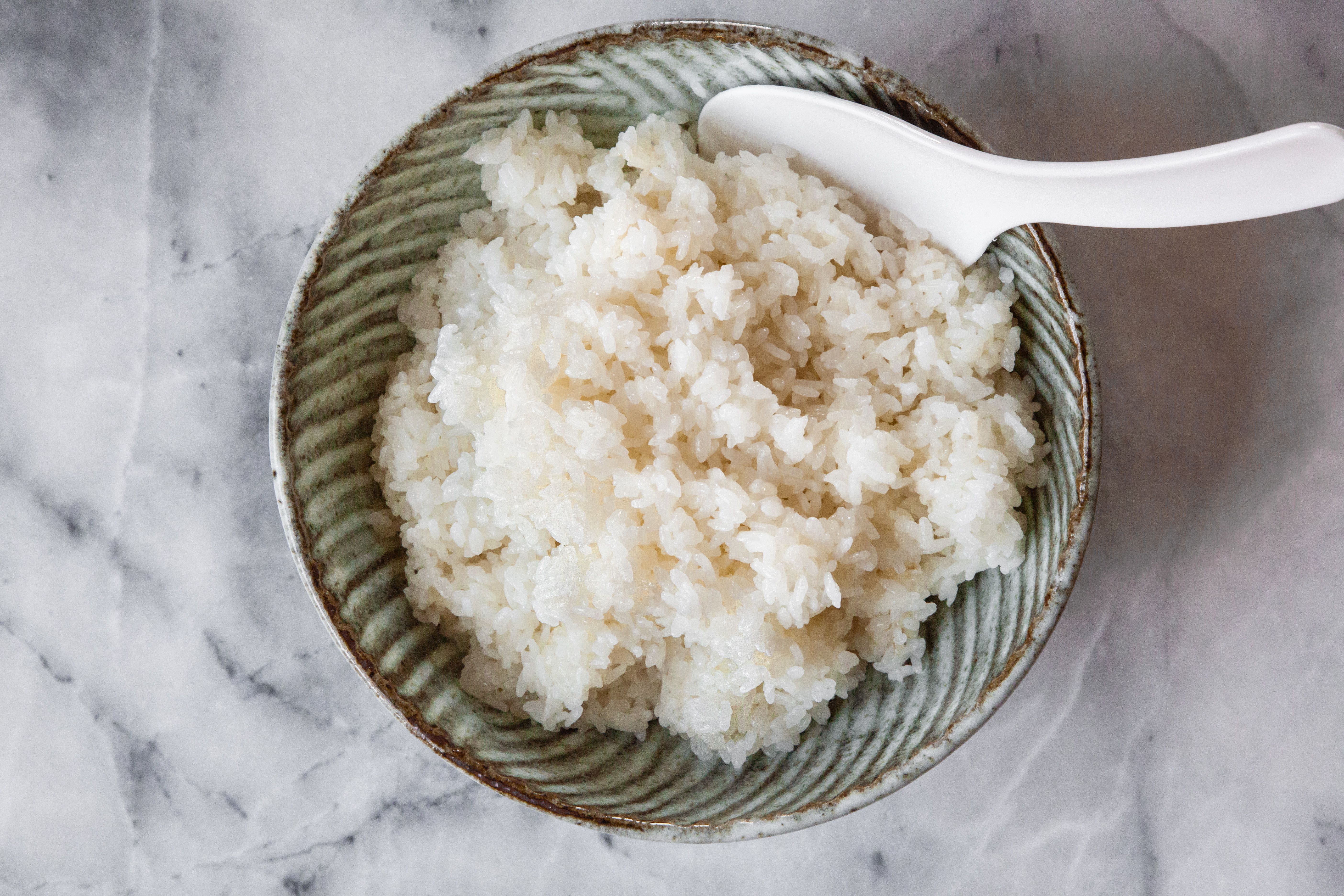 When I moved to San Francisco nearly 25 years ago, I was introduced to sushi. It’s not that we didn’t have sushi back in St. Louis, but my parents and friends weren’t the most adventurous eaters. I was hooked after my first taste—it quickly became a very expensive habit.

The friends that introduced me to sushi also threw sushi making parties—an easy and economical way to eat sushi. We bought a variety of sashimi-grade fish from a local restaurant and split the cost. We spent the evening making sushi rice, cutting up fish and nori, and making rolls and nigiri to our heart’s content. At these parties, I learned the importance of making good sushi rice.

What is Sushi Rice?

Sushi is not raw fish. In fact, it doesn’t even need to involve any fish. Chef Masaharu Morimoto describes in his cookbook, “Mastering the Art of Japanese Cooking,” that sushi is a shortened version of the Japanese word sumeshi, which translates to “vinegar rice” or “sour rice”—the rice is seasoned with vinegar. Sushi rice is also called sushi-meshi or shari in Japanese.

Sushi rice is made with Japanese short-grain rice, which is shorter and stickier than medium or long-grain varietals. When properly cooked, it has a toothsome firmness to it. In Japan, sushi rice isn’t just for sushi—it’s served, unseasoned, as part of meals.

How to Buy Sushi Rice

How Sushi Rice is Traditionally Made

Japanese sushi chefs train for years to learn how to make the best sushi rice. The traditional method for making sushi rice requires special equipment. The rice is washed, soaked, and cooked with kombu, an umami-rich seaweed. Then, it is placed in a wooden tub called a sushi oke or hangari to absorb moisture from the cooked rice. A rice paddle is used to “slice” and fold seasoned vinegar gently into the rice. A fan cools the rice and helps excess moisture evaporate. This sushi rice has a perfectly firm bite and texture—not too sticky and not too mushy—with a pearl-like shine to it.

Making sushi rice at home doesn’t have to be as precision driven and labor intensive. I wash and soak the rice. Then, I add a piece of kombu to cook it—this is optional. I mix the cooked rice in a large bowl, and don’t stress about cooling it quickly with a fan. I simply fold the rice gently with a sprinkle of seasoned vinegar, without mashing it and end up with firm, well-seasoned rice that is perfect for making hand rolls, California rolls, nigiri sushi, charashi, or poke bowls.

About the Seasoned Vinegar

Seasoned vinegar and sushi vinegar are rice vinegar with sugar and salt added in. Think of it like self-rising flour, which is all-purpose flour with baking powder and salt sifted into it. I avoid using either because I’m never sure how much sugar and salt is actually in it, so I make my own. Plus, I prefer lightly seasoned and not-to-sweet sushi rice.

If you are pressed for time or don’t feel like making the seasoned vinegar, feel free to pick up a bottle from the grocery store. Use the 1/2 cup this recipe calls for.

How to Store and Reheat Sushi Rice

I try to use my sushi rice the same day that I make it. I dampen a tea towel or paper towel and place it on top of the warm rice until it cools to room temperature. It can sit out for about 2 hours before you need to refrigerate it.

Leftover sushi rice—or if you want to make it ahead of time—can be cooled and refrigerated in an airtight container with the damp cloth on top of the rice, for up to 3 days.

The rice will harden in the fridge. To warm it up, place it in a microwave-safe bowl, drizzle in 1 to 2 tablespoons of water, and cover it with a damp cloth or paper towel. Microwave in 30-second bursts, stirring and checking as you go until soft and warm. Do keep in mind that the texture won’t be as optimal as freshly made rice.

Use Sushi Rice for These Recipes

Rinse the rice until the water runs clear and drain it thoroughly through a fine-mesh sieve. Transfer it into a medium pot along with 2 cups of cold water and the kombu, if using. Cover the pot and let the rice soak for 20 to 30 minutes.

Place the covered pot over medium-high heat and let it come to a boil. As it starts boiling, reduce the heat to low and let it simmer for 20 minutes. Remove the pot from the heat but keep the lid on. Let it sit for 5 minutes—the rice will continue to steam.

Place the vinegar, sugar, and salt in a small liquid measuring cup. Place the cup in the microwave and cook for 30 seconds. Whisk until the sugar and salt dissolve. The vinegar should not be hot or boil. You can also do this on the stovetop in a small pot.

Remove the kombu from the rice and discard it. Scoop the rice into a large bowl. If there is any browned or hardened rice on the bottom of the pot, don’t scrape it into the bowl. It’s delicious to eat but should not be added to the sushi rice.

Then, fold the rice over gently, without packing it down. You are trying to evenly moisten the rice with the vinegar and cool it at the same time. It’ll start to pick up a nice sheen.

At this point, taste the rice. If you’d like it more seasoned, add more vinegar. I prefer mine lightly seasoned, so I use half to two-thirds of the mixture. Some folks prefer a more aggressively seasoned rice and use the entire amount. You can store any leftover seasoned vinegar in the refrigerator for up to a month for the next time you make sushi rice.

Did you love the recipe? Leave us stars below!

The Best Guide for Making California Rolls at Home

Upgrade Your Cinnamon Rolls With Apples and Cream Cheese...

Pumpkin Butter and Spices Add Fall Flavor to This Gorgeous... 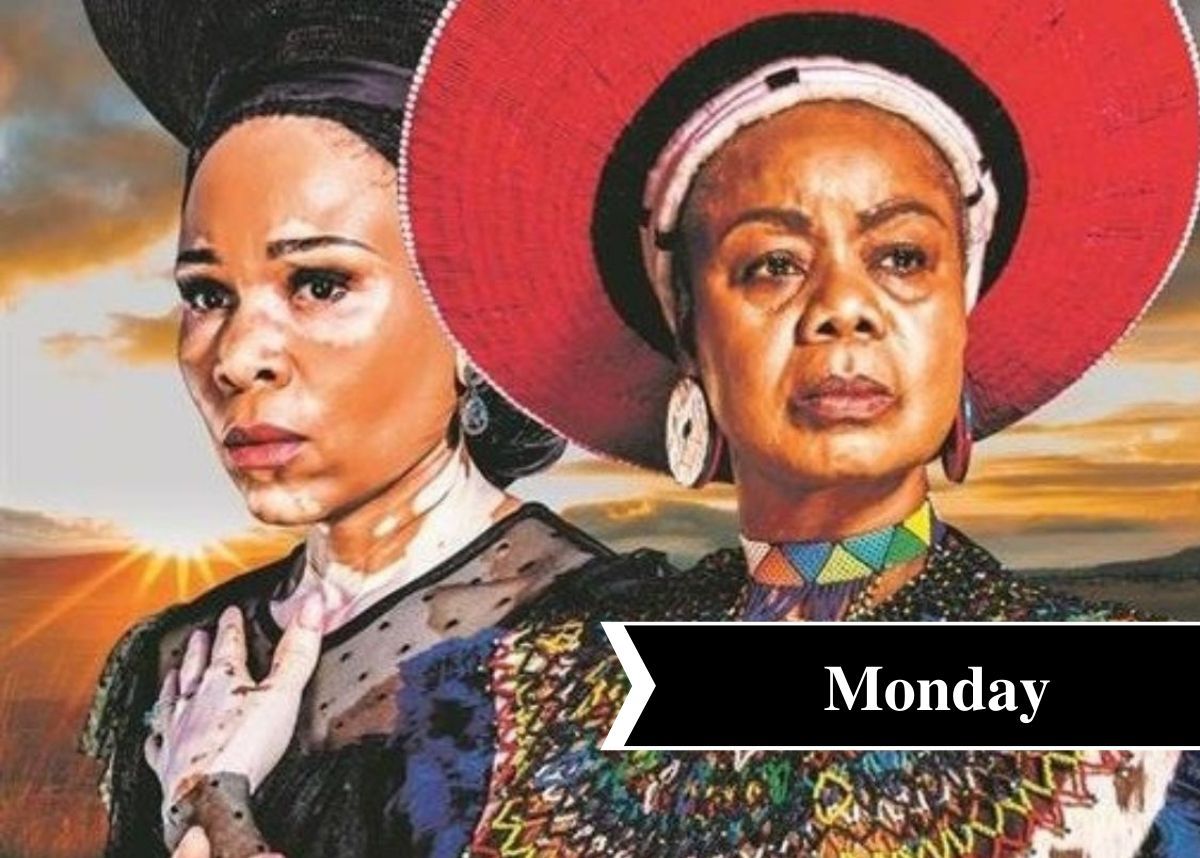 Catch up on what's going on to night on Imbewu 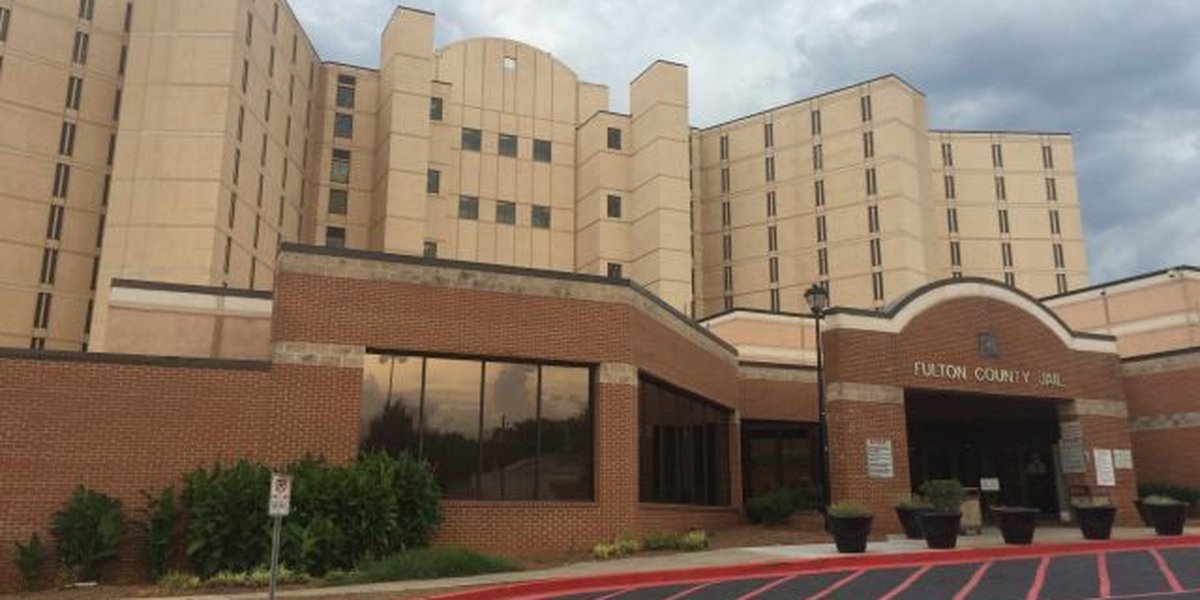 External Affairs Minister S Jaishankar said that terrorism should not be used as...

WATCH | SAPS to carry out ‘spot-checks’ on foreigners [VIDEO]

Need your news quickly? Watch daily News in a minute videos from The South African... 1 Killed, 11 Injured After Gunmen On Bike Shot People On...

One person was killed and 11 others critically injured as two gunmen on a motorcycle... 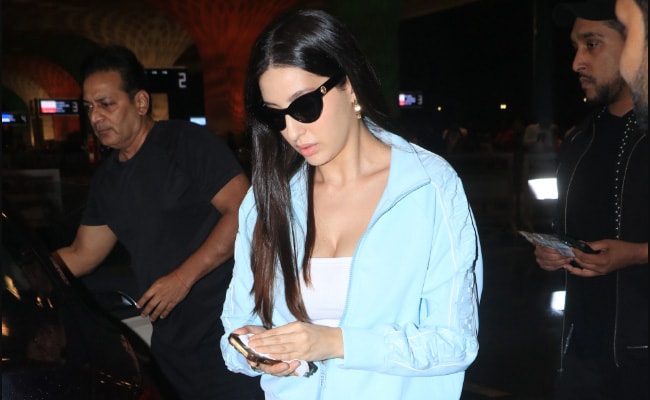 Nora Fatehi Likely To Be Questioned Again In Extortion... 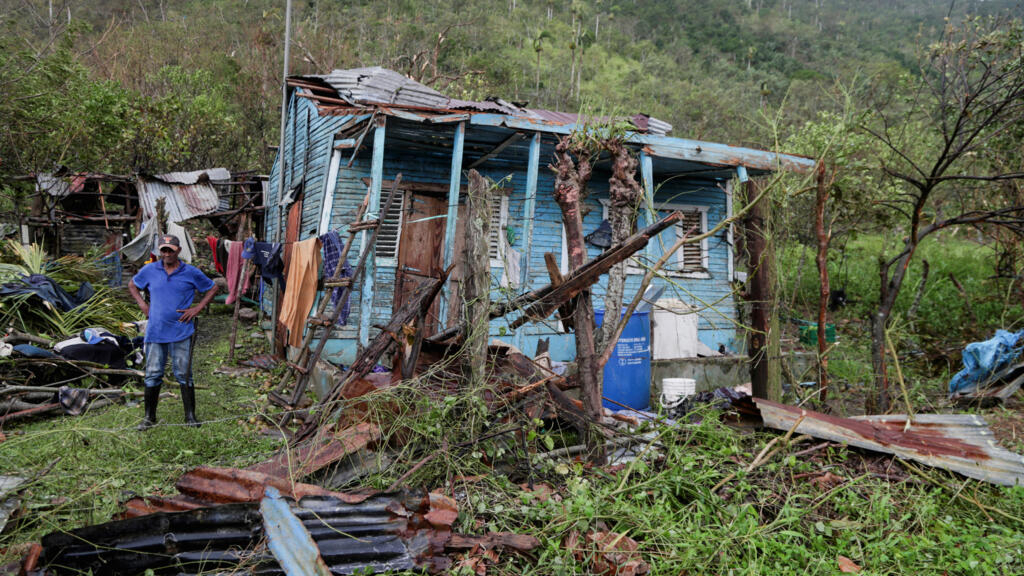 Hurricane Fiona upgraded to Category 4 storm as it heads... 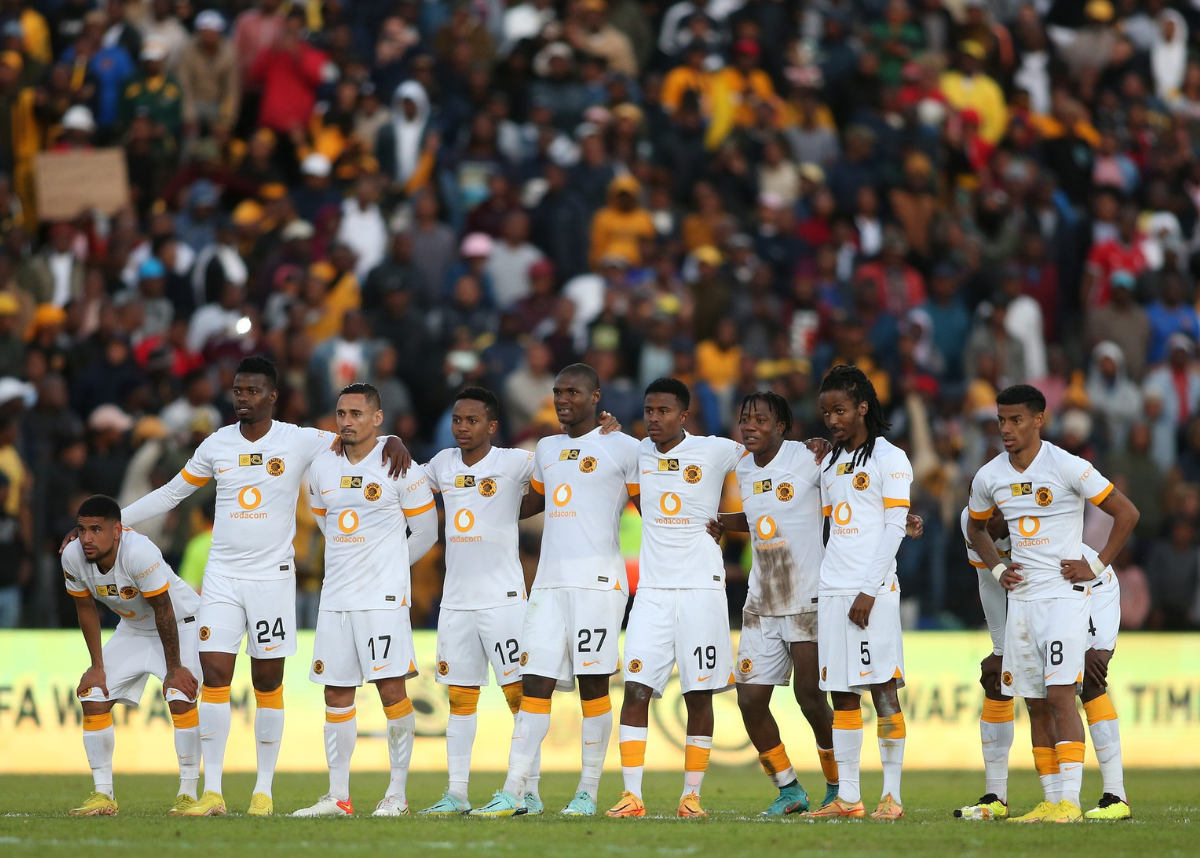 Kaizer Chiefs news: A transfer window to forget as Kermit...

Kaizer Chiefs fans will have been satisfied with their club's transfer dealings,...